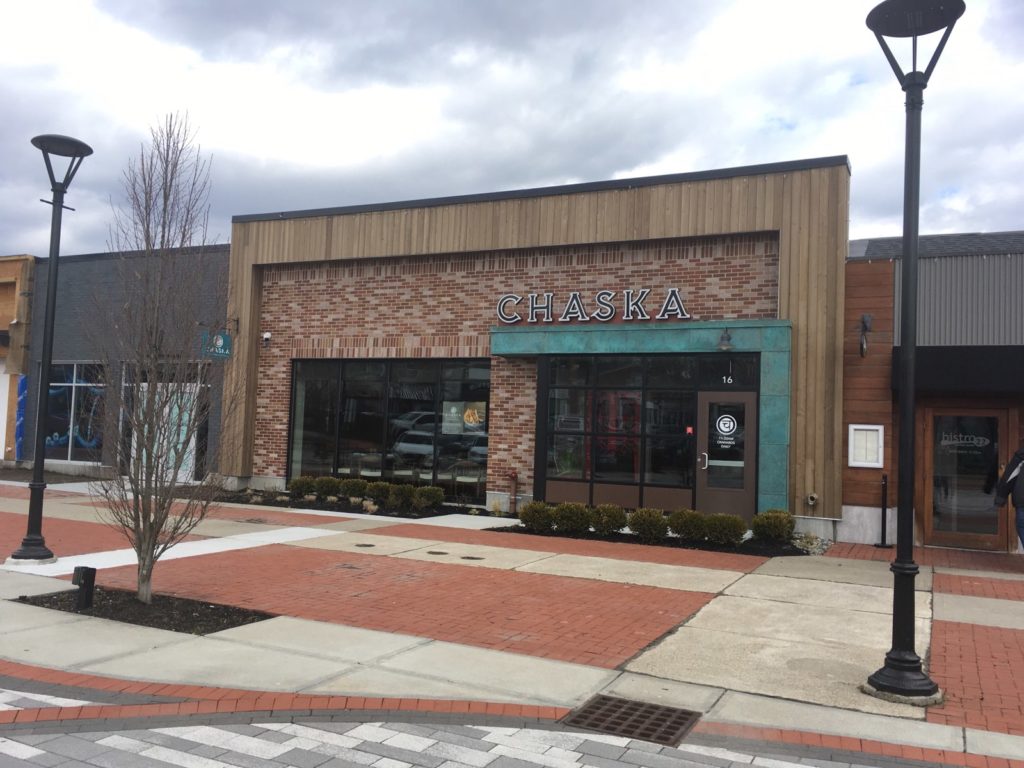 Chaska, sister restaurant to Rasoi in Pawtucket, Kabob and Curry in Providence, and Rasa in East Greenwich, recently opened its doors at Garden City Center in Cranston. Originally home to Banana Republic (who recently moved into a new Garden City Center location), the new 2,252 square foot restaurant is located next to Bistro 22 and includes 65 indoor seats and 30 outdoor seats on a seasonal patio.

Like its sister restaurants, Chaska’s menu features Indian foods such as naan, chicken tikka masala, lamb kebab, and many vegetarian and vegan options.

The transformation of the formerly vacated space follows Garden City’s recent completion of Legal Sea Foods, Tropical Smoothie Cafe, Tavern in the Square, and The Simple Greek. DiPrete Engineering has been collaborating with The Wilder Companies since 2012, when Tom Wilder first had the vision to bridge the gap between the Village and the Commons which brought the construction of Pottery Barn and J. Crew. It has been eight years of revitalization at Garden City Center.