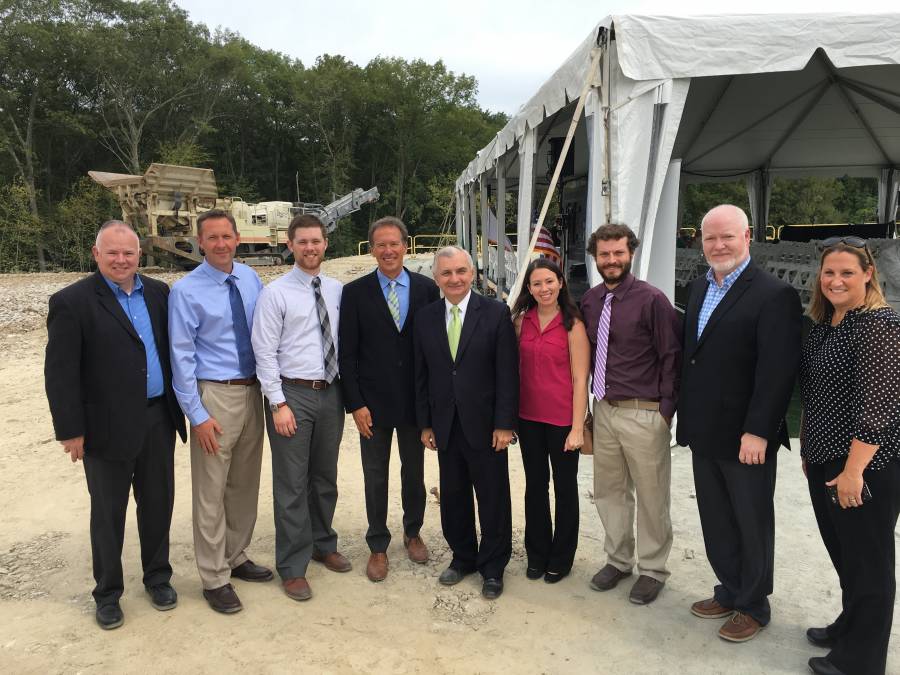 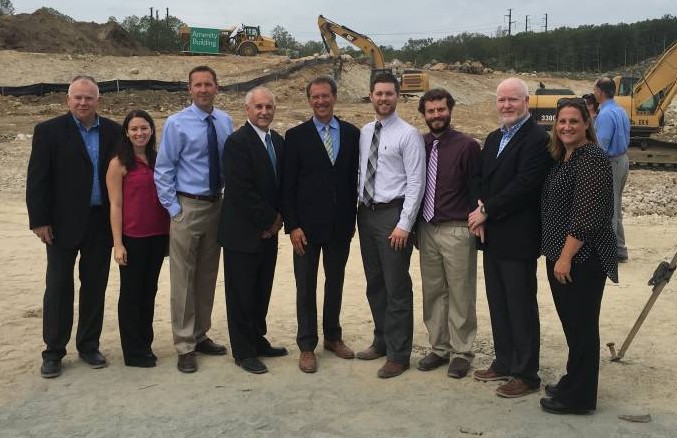 Citizens Bank recently held a groundbreaking for its new 3,200-employee corporate campus in Johnston, RI. The site/civil project team lead by DiPrete Engineering includes Pare Corporation (offsite utilities and geotechnical) and Beta Group (traffic and highway) in collaboration with Elkus Manfredi Architects, CRJA-IBI Group, and supported by GZA GeoEnvironmental, BR + A, and McNamara Salvia. Cushman and Wakefield is representing Citizens as the owner’s project manager, Premier Development is responsible for site work, and Dimeo Construction Company is completing the building. Construction must be completed by June of 2018.

The campus will include 425,000 square feet of new building, structured parking, athletic fields, tennis and basketball courts, and walking trails. The building itself will feature collaborative work space, a call center, executive offices, dining and fitness facilities. Throughout the campus there will be 60 acres of preserved space that includes wildlife paths and an extensive stormwater system for protection of wetlands and sensitive areas. There are also three large culverts that span three wetland crossings.

In addition to the campus itself, this one-of-a-kind project includes a new interchange for Interstate 295, infrastructure improvements along Greenville Ave, extension of utilities to service the site and the surrounding area, and remediation of an onsite landfill.

The most unique and impressive component of this project is the pace at which it was conceived, designed, and permitted. The fast-tracked schedule for on and offsite improvements presented the team with the unique challenge of a rolling permitting process through over a dozen regulatory agencies. Design and regulatory requirements were broken up into segments and sequenced so construction could commence in phases while the design continued to evolve. Close and continuous collaboration with state, local, and federal regulators has been key to meeting all the detailed regulatory requirements necessary to keep the project on pace. The process began in March 2016, first permits were issued in April, and shovels were in the ground in May officially marking the start of construction on the 140-acre campus. 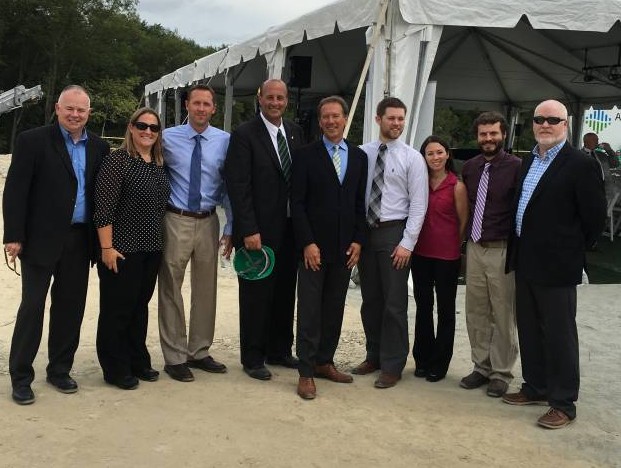 “As a civil engineer, this is one of the most complex projects we have been part of as it involves almost every aspect of engineering and a significant amount of regulatory permits in a short amount of time.” said Nicole Reilly, P.E., Senior Project Manager at DiPrete Engineering. “In order to keep a project as large as this on pace, collaboration and consulting among the team and regulatory authorities has been vital.”

Citizens Bank is looking forward to their new state-of-the-art facility. The campus is designed to foster collaboration among colleagues, create an excellent experience for their customers, and become a special place for the community. The bank’s headquarters will remain in downtown Providence. Citizens has about 5,300 total employees in Rhode Island, including workers at branch locations.

“This highly visible project has been met with enthusiasm from Citizens’ leadership and colleagues, so it is vital that DiPrete has delivered on their promise to move this project at a rapid pace.” said Michael Knipper, Head of Property for Citizens Bank. “The DiPrete team has been a true partner on this project. They find practical solutions and are respected by the regulatory agencies, which has been key in meeting project milestones.” 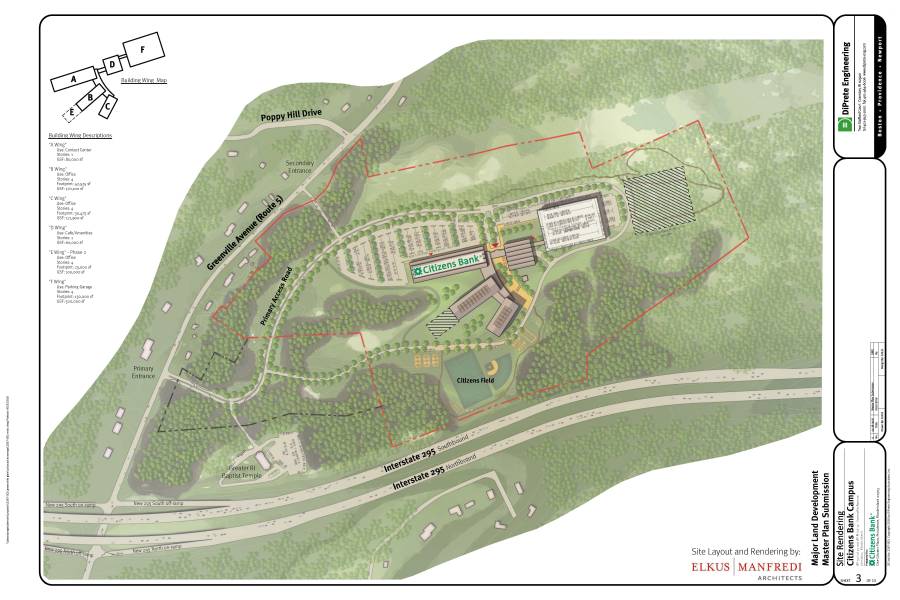