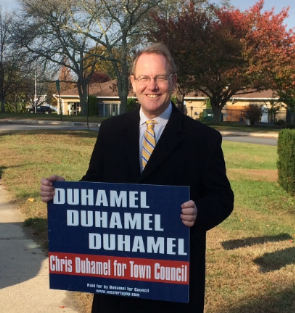 DiPrete Engineering would like to congratulate Chris Duhamel on his 30-year anniversary with the firm!

Chris’ relationship with DiPrete Engineering started at Merrimack College where he was classmates with Dennis DiPrete. Chris went on to receive a Masters in Civil Engineering from URI and was later recruited by Dennis to join his Massachusetts based consulting firm.

In 1988, Dennis founded DiPrete Engineering with its headquarters in Cranston, RI. Since the beginning, Chris has played an active role in helping to grow the company from a small 3-person firm with 1 office to a 60-person firm with 3 offices in Massachusetts and Rhode Island. Chris was also instrumental in the acquisition of ATS Survey in 1993. Twenty-three years later, land surveying is now a significant part of the firm’s business model. 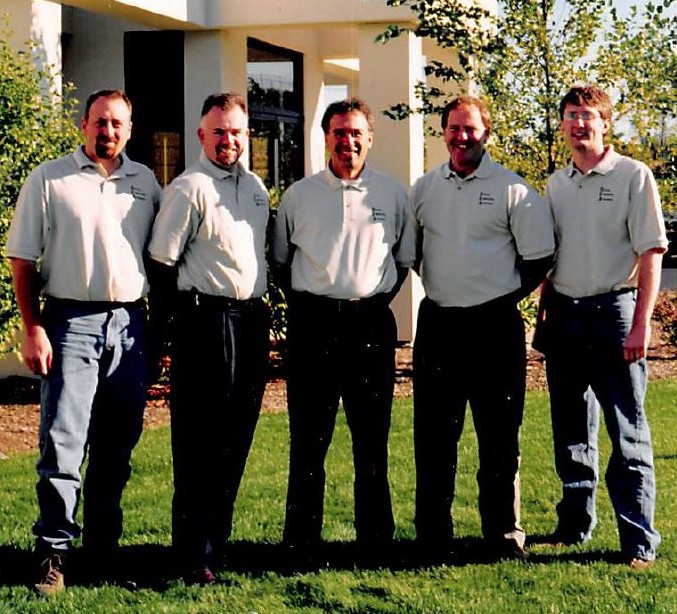 Chris stands with his DiPrete colleagues in the mid 2000’s

As a Vice President, Chris has been a key component in the development of DiPrete Engineering over the years and has built a reputation as an expert in the civil engineering and land surveying fields. Chris also holds several professional licenses throughout Massachusetts, Connecticut, and Rhode Island. These include professional engineer, professional surveyor, septic system designer, and soil evaluator.

Outside of DiPrete, Chris teaches a Capstone class to senior civil engineering students at the University of Rhode Island. He has also served on the State Board of Registration for Professional Engineers since 2008 and held the position of Chairman from 2011 to 2014 and currently serves as Secretary.  At the same time, he is the Vice President of the Providence Engineering Society board. 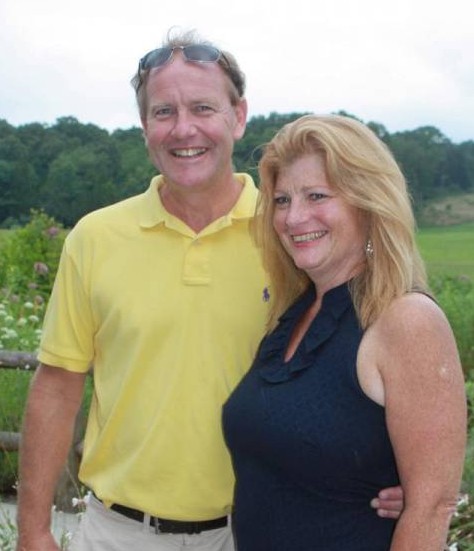 Chris and his wife, Aggie, celebrate their 30th anniversary

In 2008, he received the RI Society of Professional Engineers Engineer of the Year award for making significant and lasting contributions to the Rhode Island engineering community. Five years later, he received the Providence Engineering Society Humanitarian Award.  This award recognizes an individual whose lifelong commitments and contributions to the people of Rhode Island exemplify those qualities identified with good citizenship and civic duty.

“Chris is well respected by his peers and continues to be the go-to guy for challenging engineering problems,” said Dennis DiPrete, Principal of DiPrete Engineering.  “He has become a great teacher to our staff and is always willing to lend his extensive knowledge, experience, and advice to other engineers.”

Chris lives in Westerly, RI with his wife Aggie where they raised their four children and now have four grandchildren. His son Joe Duhamel is a graduate engineer and also works at DiPrete Engineering. 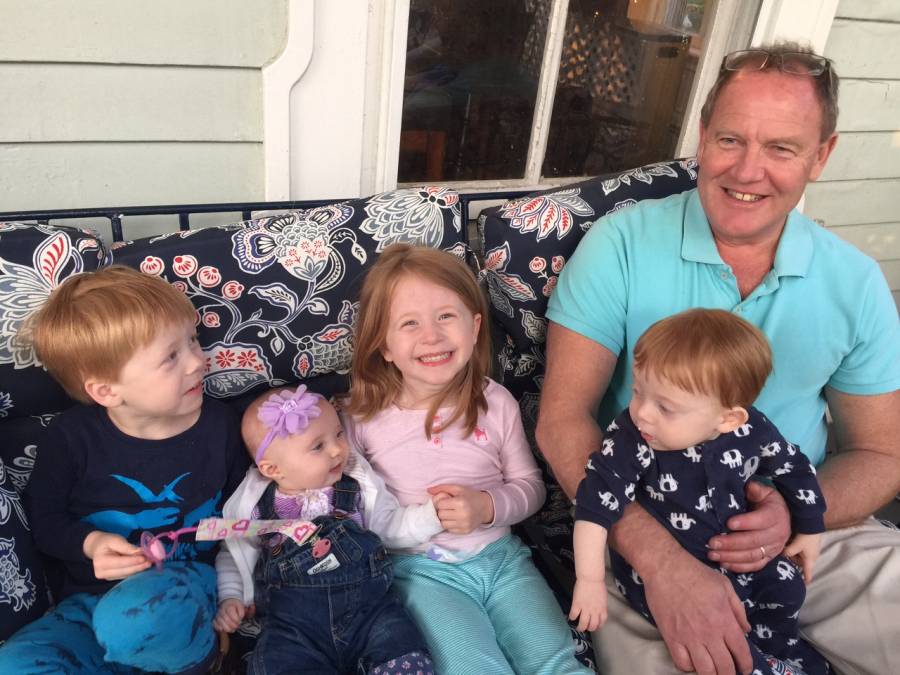 Chris and his 4 grandchildren

“It is a joy to see him so passionate about what he does on a day to day basis,” said Joe.  “Our family truly values his dedication and we have sincere admiration for all of his accomplishments within his career.”

In addition to Chris’s engineering achievements, he has served on many Westerly committees, most notably the Westerly Town Council for 14 years and Chairman of the Westerly Planning Board for 13 years. Although stepping down from the council this year, Chris will remain active in the Westerly community.

Congratulations to Chris on his 30 years of shared wisdom and expertise with the firm!