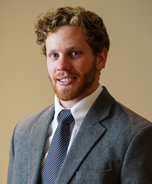 “The skills I’ve learned at DiPrete helped me tremendously in my Capstone project,” said Nick. “For instance, skills used to execute various computer programs closely related to the engineering practice have provided me with a head start among my peers. I am very grateful for having the opportunity to work among professionals at DiPrete this past year.”

Nick will continue working towards his Master’s degree in Civil and Environmental Engineering during the upcoming year. He looks forward to building his curriculum with the different graduate classes offered.

Eric Prive, Project Manager and Supervisor to Nick said, “We are proud of Nick for all his hard work and look forward to seeing his future successes.”