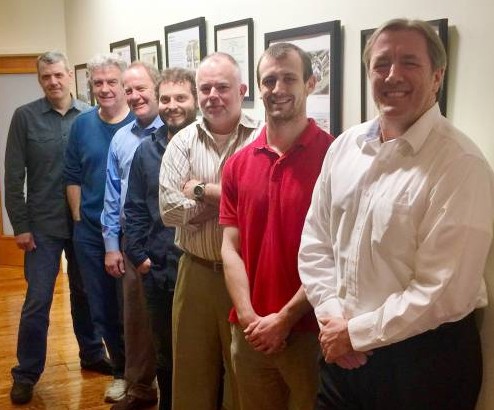 DiPrete’s got talent, not just in engineering, but a knack for music. That’s right! Whether it’s strumming the guitar or banging on the drums, our team knows how to make a good tune, you might even recognize one of their hits.

As some of you know, Emerson Torrey, Director of Information Technology at DiPrete, has been playing guitar for 45 years and at shows all over the country. Emerson was a guitarist for the Providence rock band The Schemers who were central to the Rhode Island music scene in the late 1970s. Along with singer-songwriter Mark Cutler, he later formed The Raindogs and released two critically acclaimed records for Atco Records. 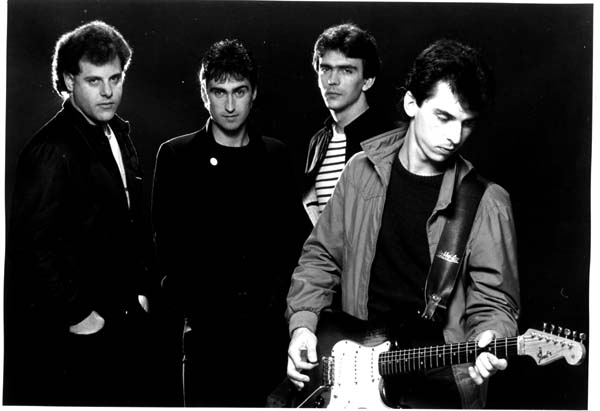 “The thing I like best about playing music is making others happy when they see us perform,” said Emerson, and co-worker Chris Ready, CFO agrees.

“Playing live shows is a lot of fun, especially when you get a bunch of people dancing,” said Chris.

With 35 years of percussion experience, Chris has played in a variety of musical groups with his most recent being The White Shadows. The group worked weddings, private parties, fundraisers, etc. until recently deciding to separate.

“I’m looking forward to finding my next musical project,” said Chris. “Music is an opportunity to use my creative side and is also a great stress reliever.”

Chris has also played with the band Sidebyeach with co-worker and self-taught guitarist of 15 years, Brian Giroux, Senior Project Engineer. The pair played for a church festival a couple of years ago alongside Brian’s father-in-law and other band members.

Brian, too, finds music to be a relaxing outlet and enjoys playing for his kids, though he admits he’s a bit meticulous when it comes to finding the right tune.

“I play guitar like an engineer,” he said.  “I like everything inline, in time and calculated. While not the best way to do it, it’s why I play rhythm.”

And, he’s not the only team member with rhythm.

“Here at DiPrete we love to sing and dance and play together at parties and functions,” said John Raymond, Civil/Survey Designer and rhythm guitarist/lead vocals of 30 years. “I think music brings us all a little closer and allows us to enjoy each other’s company!”

John attributes much of his melodic talents to growing up in a musical family. His mother and father formed a band together in the ‘60s while his uncle (stage name “Cal Raye”) later produced singles in Nashville such as “Lovely Lies” and “Sensuous Woman”. John has also played in a number of bands himself including Mad Dog, Mr. Breeze, Jupiter 2, and Sin to name a few.

“I figured I had better pick up other interests to have fun with her!” he said. Chris currently plays guitar for fun and is taking lessons from Emerson. He enjoys playing for his family and friends.

“Music helps balance what’s on my work plate,” he added. “There is an order and progression similar to engineering.”

Pianist of two years, Brian Lavey and Civil Engineer at DiPrete, also sees similarities between music and his career.

“Music and engineering often follow certain procedures to get a result,” said Brian. “However, you need creativity to follow the process and work through problems that arise.”

Like others, Brian picked up music to help him relax during his free time.

“Playing the piano puts me at ease,” he said.

Acoustic Guitarist of two and a half years and Vice President for 10, Len Bradley also considers music a hobby of his. Though he relates playing guitar to engineering, describing them both as having “a mathematical basis,” he too enjoys the leisure of strumming.

“I play guitar for fun,” said Len. “I love playing the rock songs that I grew up with and music from some of my favorite artists such as Bruce Springsteen, The Eagles, John Mellencamp, Credence, Bob Seger, etc.”