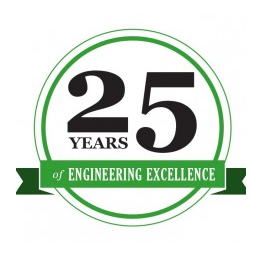 2015 is DiPrete Engineering’s 25th anniversary, and the tributes keep rolling in.

Sean Cutting, President of Cutting Edge Homes in Ashland, MA lauds DiPrete as a firm that completes projects to the client’s and town’s expectations. “Working with them was a refreshing experience,” he said.  Together the firms completed a town-mandated drainage system in west Newton, Massachusetts.  “It was the first time Cutting Edge Homes worked with DiPrete, but not the last,” added Cutting.

Jeffrey Saletin, President of the Saletin Real Estate Group in Cranston, R.I., collaborated with DiPrete on a Seekonk, MA shopping plaza. The site — vacant for 12 years — has now been at full occupancy since it was stabilized in 2001. “They have a great business acumen,” said Saletin of the team at DiPrete.