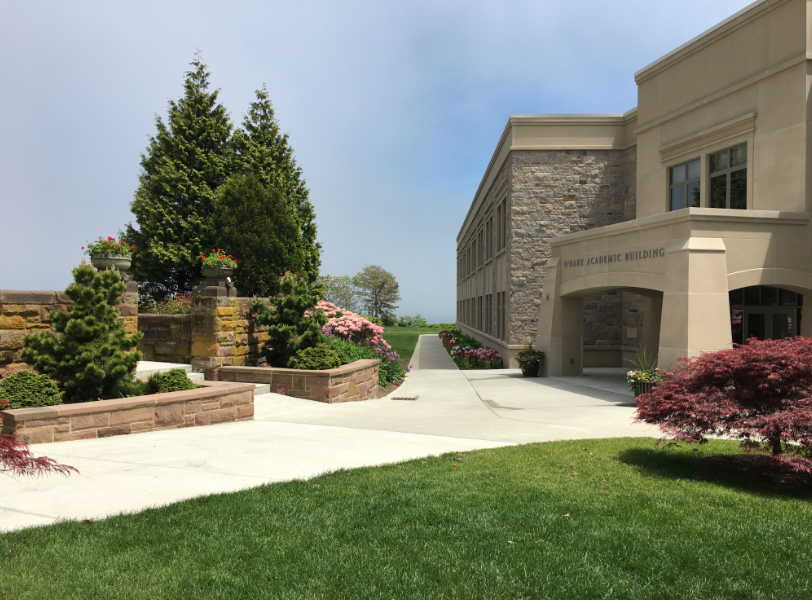 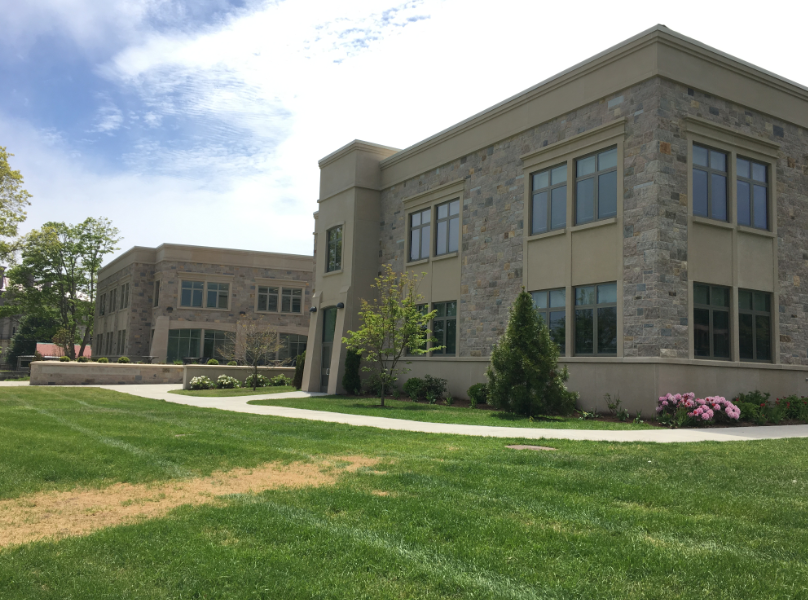 The O’Hare Academic Center at Salve Regina University in Newport recently completed a $26 million building expansion and renovation to its landscape and hardscape around the building. The project, which added 23,000 square feet to the Center, includes indoor and outdoor dining areas as well as outdoor terraces overlooking the University’s oceanfront grounds.

“Last summer marked the final installment of plants and landscape design at O’Hare,” said Alex Avery, Landscape Architect at DiPrete Engineering. “Since then, we’ve been slowly adding trees and other plantings that weren’t originally included in the project’s scope but add to the overall design.” 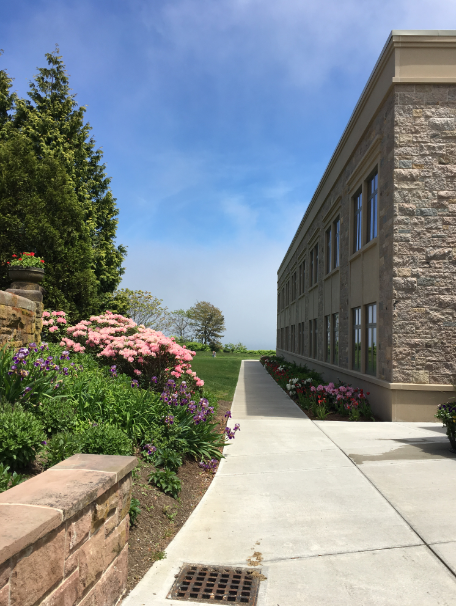 Avery has been working on the academic center’s grounds since 2015. By utilizing the Land F/X tool, a computer-aided design and drafting (CADD) program, Avery creates site planting and hardscape plans.

“The biggest challenge in designing this project was its location,” said Avery. “Being in a coastal environment just above the Newport Cliff Walk, we had to be very mindful of potential destruction caused by storms while following the area’s environmental regulations.”

Because the surrounding area of the O’Hare Academic Center is used for prominent Salve events and due to the site’s location in the Newport Historic District, DiPrete worked with RGB to make sure the development would enhance the surrounding community. For instance, the team designed a pedestrian walkway that ties in with an existing stone veneer wall around a rose garden at the entrance of the building.

“Working on this site has been fabulous,” said Avery. “Not only is it a beautiful location, Salve is a Mercy School, and being an alumna of Merion Mercy Academy, I feel honored to have played a role in its landscape redesign.”