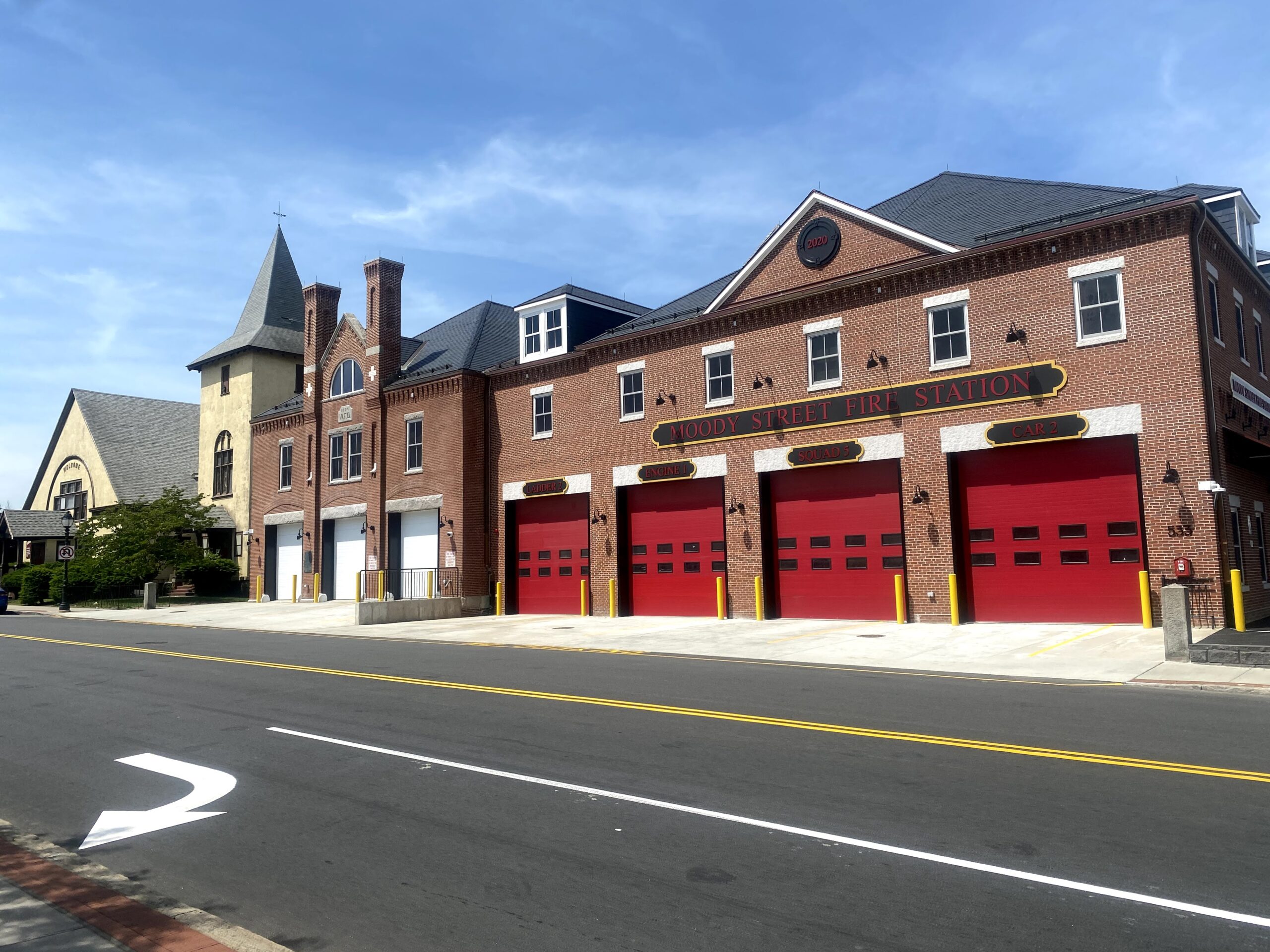 The City of Waltham funded a $10 million Moody Street Fire Station project, beginning with the demolition of the Young Building on the corner of Moody and Maple, to make way for an addition to the current facility.

The Moody Street Fire Station is a historic station built in 1890 when ﬁre ﬁghters used horse-drawn carts. The construction plan called for the addition of four new bays with extra-large doors to accommodate the size of the new ﬁre trucks.

The existing building was gutted and rehabbed, and the bell tower was removed for repairs. There was also extensive street excavation for new water and sewer lines.