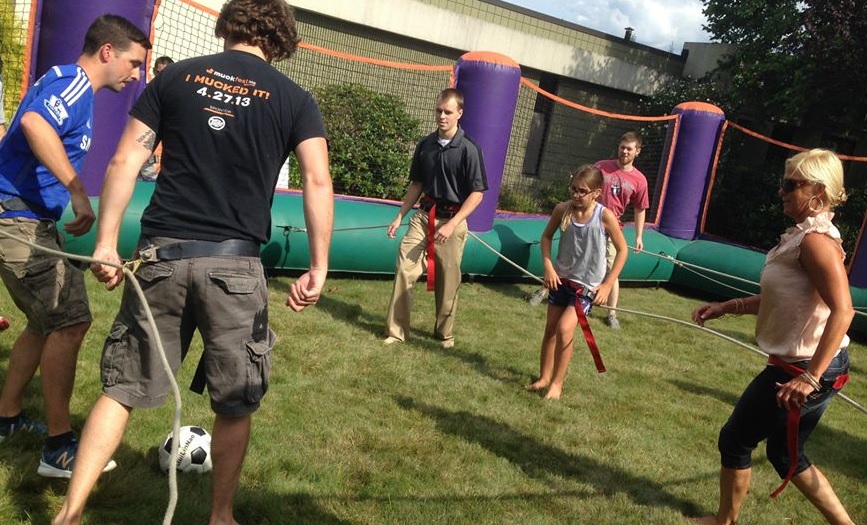 What happens when we succeed at reaching our company goals? At DiPrete, it means it’s time to relax in the sun, have some cocktails and play human foosball. Yes, that’s right.  Human foosball.

“The suggestion came from Vice President, Greg Guglielmo,” said Karen King, Managing Director of Administration.  “We ordered an inflatable structure, where players were linked by ropes while trying to kick a ball into their opponents’ goal.”

Not surprisingly, DiPrete team members were confused as the inflatable structure was being set up.

“We didn’t tell anyone what it was going to be,” said Greg.  “People were guessing it was a bouncy house, a Sumo wrestler pit, or a water slide.”

All in good fun, employees rooted each other on and took photos during the match. The event had a much simpler goal than team building.  “We wanted to do something different to bring everyone together. Our team works so hard and this was a small way to say thank you.” said Greg. 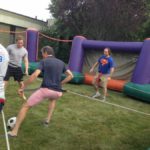 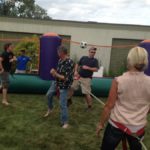 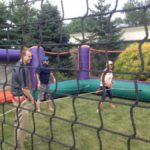 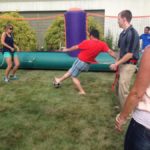 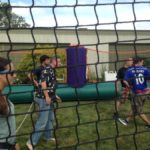 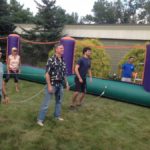 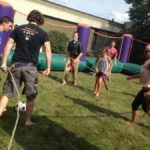 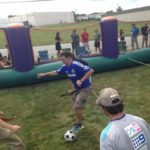 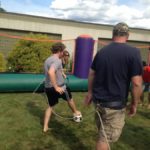 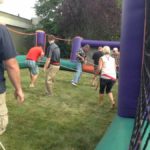 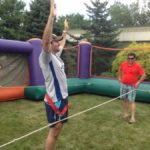 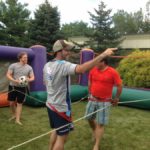 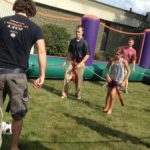