Class is in Session 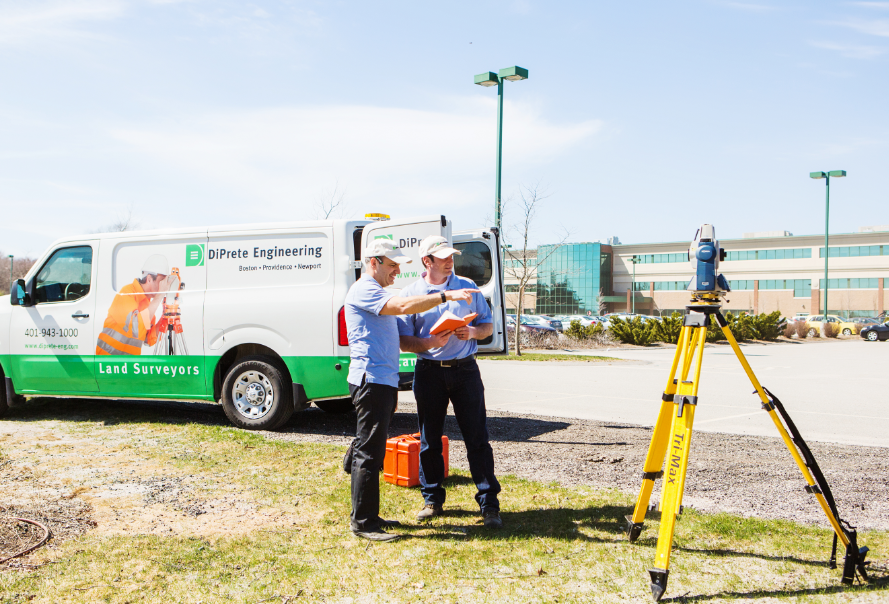 Learning How to Land Survey at the NEIT Campus

“When the opportunity to teach presented itself, it prompted me to want to share some knowledge and take on a challenge that would open up new experiences,” said Bob. “So far, I’m enjoying seeing the students’ transformations from ‘I am so confused’ to ‘ah ha, that make sense! ‘”

Through his teachings, Bob has referenced his DiPrete projects multiple times, especially the new dorm building at NEIT as it serves as the background to class field exercises. He has also provided examples of DiPrete’s history of client service so that students can learn how to carry themselves professionally.

The team at DiPrete has donated a Topcon total station and a data collector to the program as well.

“For anyone interested in becoming a teacher, I would tell them it’s a lot harder than it looks. Everyone learns differently so you have to be patient and flexible in explaining things,” said Bob. “But, I would also tell them how rewarding it is. To see students evolve throughout their coursework and know that you’ve played a role in their accomplishments is a great feeling.”