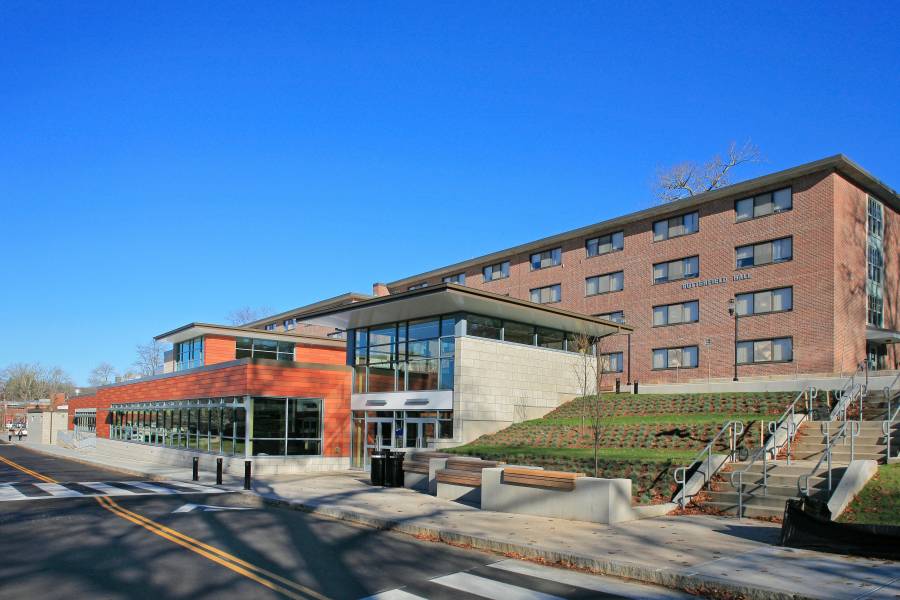 Upgrades included the addition of 7,500 sf to the existing dining hall building, seating for an additional 200 students, and space for the student lounge.

“It’s exciting to see Butterfield grow into a modern facility,” said Molly Titus, Project Manager at DiPrete and former URI student.  “It’s been satisfying to work at my alma mater. DiPrete has a lot of URI alumni and has been very active in their capstone project.”

DiPrete Engineering handled the site engineering for the three-phased project which included drainage improvements, a redesign of the steam infrastructure, and a rerouting of the communications line for the western end of campus. Renovations have added a paved plaza for improved pedestrian access between the Butterfield Dining Hall and residence halls, as well as an expansion of the loading dock.