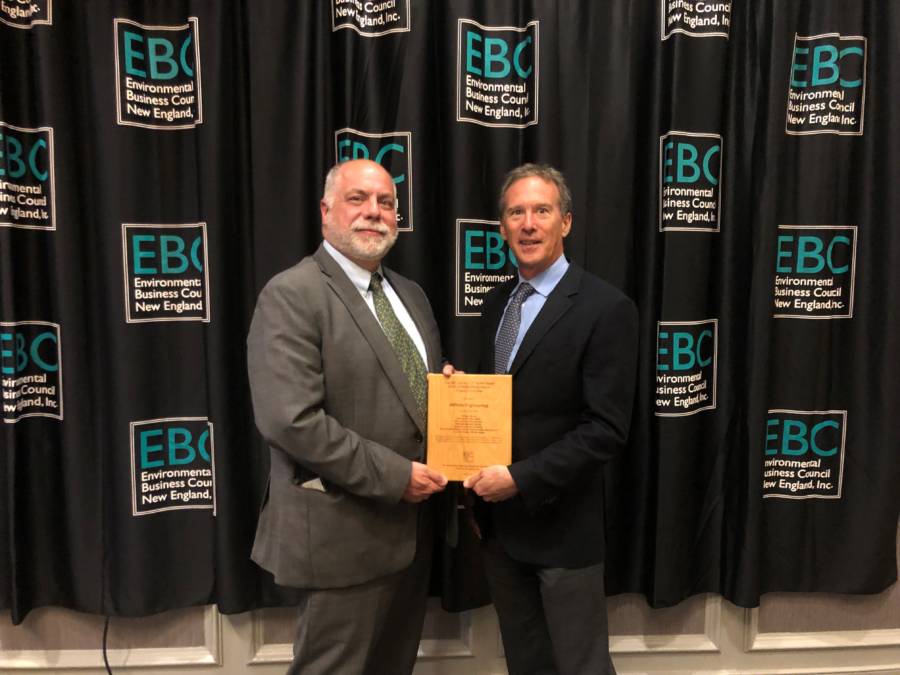 DiPrete Engineering is honored to be a recipient of this year’s Environmental Business Council of New England (EBC NE) James D.P. Farrell Award for Brownfields-Remediation Project of the Year.

The award ceremony was held at the Marriott Hotel in Newton, MA where DiPrete was recognized for their role in the Citizens Bank Corporate Campus project alongside DiGregorio Corporation, GZA GeoEnvironmental, Inc., Hoffman Engineering, Inc., Premier Land Development, Rhode Island Department of Environmental Management, and the Town of Johnston, Rhode Island.

The James D.P. Farrell Award for Brownfields-Remediation Project is awarded to a brownfields, remediation, or superfund project in which an EBC member organization has had significant involvement and that serves as an example of excellence notwithstanding the social, economic, technical, and institutional challenges imposed.

DiPrete led the site/civil team for this year’s awarded project which involved the remediation and redevelopment of the Tucker’s Industrial Dump brownfield site into the $285 million Citizens Bank Corporate Campus in Johnston.

The bank’s headquarters remains in downtown Providence. Citizens has about 5,300 total employees in Rhode Island, including workers at branch locations.