The Rhode Island Chapter of the American Society for Civil Engineers (ASCE) recently inducted DiPrete Engineering’s Senior Project Engineer, Kevin DeMers, as its President. ASCE represents members of the civil engineering profession worldwide serving as a resourceful non-profit to students and professional engineers for well over a century.

As an undergraduate at the University of Rhode Island, Kevin became a member of ASCE and took advantage of the opportunities that the organization had to offer. Being part of a peer group such as ASCE has been a stepping stone for the relationships that Kevin has built with other engineering firms, many of who DiPrete Engineering has strategic partnerships with.

At the local level, the group holds monthly dinner meetings where guest speakers engage in technical discussions regarding a local, national, or international project.  Most recently the organization learned about the assessment and stabilization of the 2014 National Corvette Museum sinkhole in Kentucky and design and construction of the driven piles for the new Tappen Zee Bridge in New York. 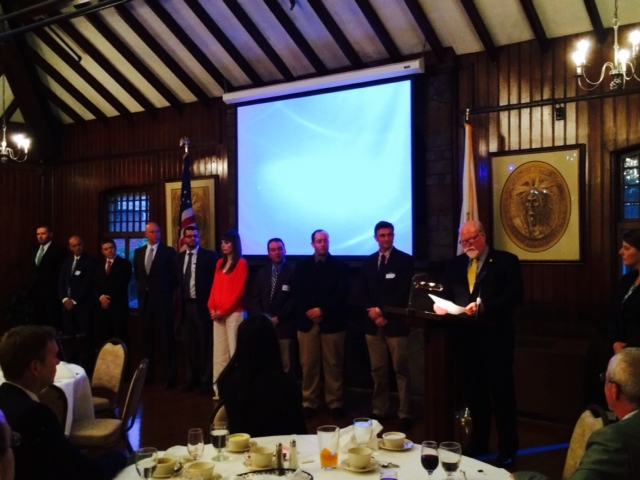 Aside from the professional development component of ASCE, the group also hosts engineering-centric events such as the concrete canoe competition and charity events to benefit Toys for Tots and the USPS Letter Carrier Food Drive.

“Back in college, I participated in the concrete canoe competition in which teams of engineers construct and race a boat made of relatively lightweight but strong concrete mixtures,” said Kevin. “In the two times that I participated, my team won the New England regional finals and advanced to the national competition.”

Our team here at DiPrete would like to congratulate Kevin on his appointment as President of Rhode Island’s ASCE Chapter. Great work!