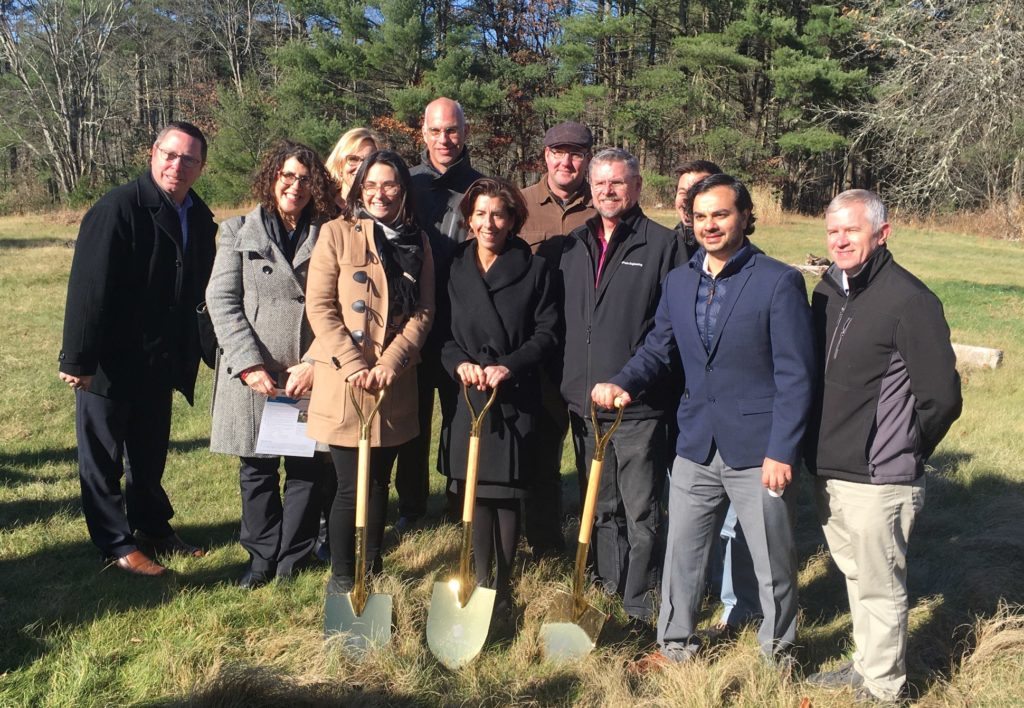 Nautilus Solar Energy and TurningPoint Energy recently broke ground on Rhode Island’s largest community solar project, King community solar. Due to groundwater contamination from an adjacent superfund site, the 200-acre site located in North Smithfield, was not optimal for residential or commercial use, making it an ideal location for a new 12.44-megawatt community solar farm.

Community solar, also known as shared solar, allows electricity customers to buy power from a single renewable energy project. Instead of a few panels on individual roofs, community solar places a lot of panels in locations that serve entire communities.

The King solar facility, which gets its name from one of the former landowners, is the last and largest of six authorized community solar projects in the state. Nautilus also owns a 3.3-megawatt site in Burrillville that broke ground in September and is looking to build more solar energy in Rhode Island.

The King community solar facility is expected to be completed by next year, but Rhode Island National Grid customers can sign up now for its renewable energy through a website run by Arcadia Power. To learn more about community solar in Rhode Island, click here.