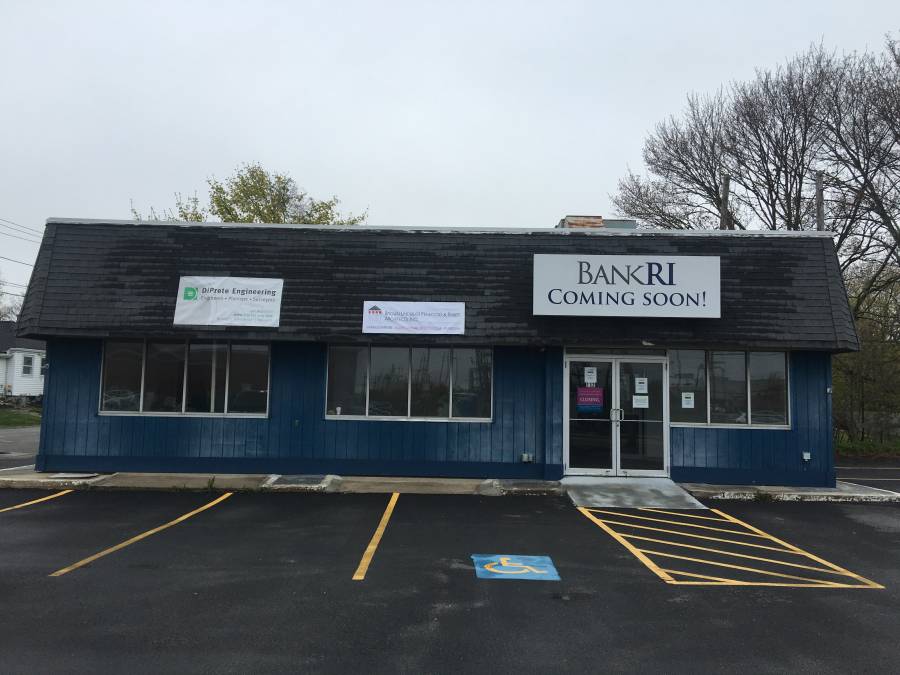 DiPrete Engineering is excited to announce its role in the construction of a new branch of Bank Rhode Island (Bank RI) in Middletown, RI. DiPrete and Bank RI have an extensive history of working together, as DiPrete has provided surveying, site engineering, permitting, and construction oversight for Bank RI projects in the past.

DiPrete is working with architects from Brown, Lindquist, Fenuccio & Raber, engineers from RAB Engineering and Sage Environmental, and Attorney Robert Silva to raze and rebuild the new bank. The new 1,800 sf Middletown branch will include private commercial lending offices, space dedicated to housing Bank RI retail and business financial specialists, and conference rooms. The bank will also feature a 24-hour walk-up ATM, a night depository and will feature new cash recycler machines for account transactions that will increase efficiency and reduce waiting times. This project will overlap with RIDOT’s project of rebuilding the highway in front of where the new bank will be located.

“We are very excited to be working with Bank RI again in addition to such a dynamic team,” said Molly Titus, Project Manager at DiPrete. “We look forward to helping create a home for Bank RI in the East Bay.”

Bank RI is a full service commercial bank, headquartered in Providence, Rhode Island. The bank currently operates 19 branches and over 50 ATMs throughout the state. The Middletown branch will be the bank’s 20th branch.