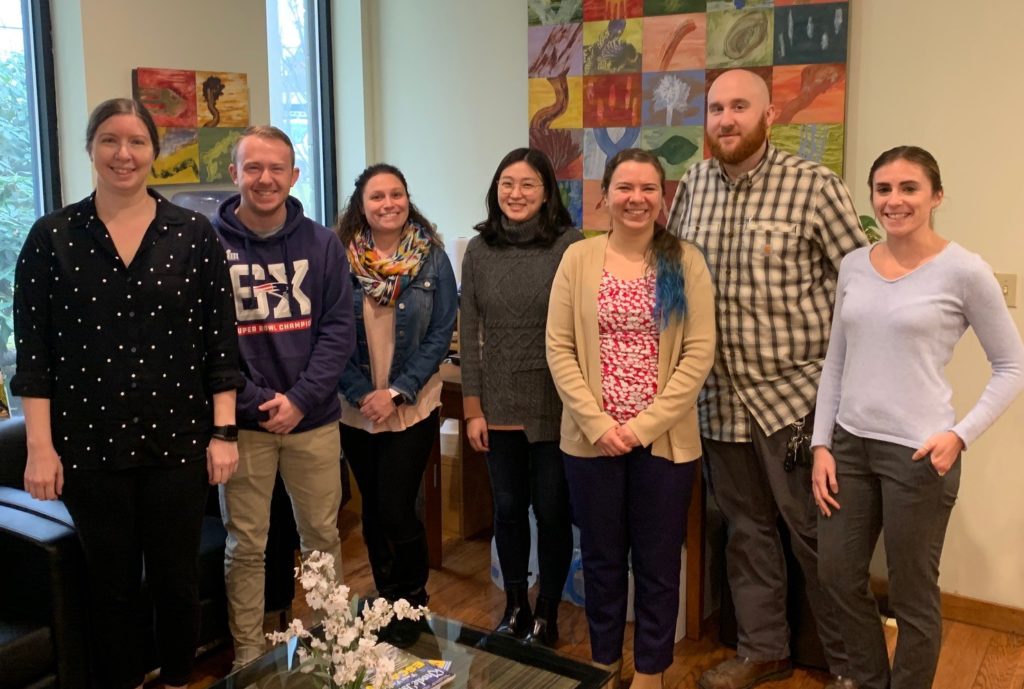 Alex McBrien, a graduate of Clarkson University, spent the past five years living in New Mexico with his wife before recently moving back to Massachusetts. Alex is well versed in Civil 3D and CADD and works primarily out of our firm’s Dedham office.

Brenna Guay, a graduate of the University of Rhode Island, previously worked for Steere Engineering before joining DiPrete. Brenna has her EIT and has experience handling site inspection work. She is located at our Cranston office.

Cindy Do is a native of South Korea who moved to the US for high school. Cindy attended Columbia University in New York and then moved to San Francisco where she worked for Arup, a worldwide engineering firm for two years. Her passion is stormwater design – she has worked on a watershed analysis about the size of Rhode Island. Cindy works out of our Cranston office.

Jenna Shea, a native of Woonsocket and graduate of the University of Massachusetts Amherst, is well versed in many aspects of site design and has experience with surveying and inspections. Jenna is located at our Cranston office.

Kelli Russo attended the New England Institute of Technology, and holds an Associate of Science Degree in Graphics, Multimedia, and Web design. Prior to joining DiPrete, Kelli worked as the Design Director at A&H Manufacturing. At DiPrete, Kelli works as a designer handling base plans and concept plans. She also assists the proposal team and supports the firm’s Lean initiative. Kelli works at our Cranston office.

Nick Kelling is a recent graduate of the University of Rhode Island. Nick has his EIT and recently completed an internship with the Rhode Island Department of Transportation. He also coaches indoor and outdoor track at Coventry High School and is involved with the American Heart Association. Nick works out of our Cranston office.

Nicole Pattie, a graduate of the University of New Hampshire, has worked for Caputo and Wick and more recently for Ayoub Engineering. She most enjoys working on stormwater design projects. Nicole is located at our Cranston office.